Babel is a 1 or 2 player game mode that is unlocked progressively as you gain gold prizes in the Golden Playhouse main story. There are four main themed towers to climb, and the arrangement of the block patterns changes each time you challenge a stage. It is recommended to try the Golden Playhouse Hard Mode before attempting Babel, in order to gain more experience with complex block patterns.

For those struggling in Babel, it's been said that playing in "Pair" Mode (even if it's just one person with two controllers) is much easier, due to the reduced number of steps in each level and the strategies you have to use in order to beat them.[1] See the Babel Tips article for lots of tips and information on general Babel strategies. Also, in Pair mode, Player 2 controls Katherine McBride.

Unlocking and completing the final level (Axis Mundi) shows two special videos from Trisha, which reveal an enormous amount of information about the game's story.

The numbers of the stairs may vary.

The stages on Altar are dominated by Normal Blocks, Cracked Blocks and some Heavy Blocks placed in awkward patterns commonly interspersed with gaps from Cracked Blocks breaking. Block patterns are usually wide, giving the player different routes to take.

The stages on Menhir combine the three previous blocks with the addition of Trap Blocks, which start appearing as the player gets closer to the middle section of the tower. Stages can be as narrow as three blocks wide, requiring rapid movement and quick thinking to survive.

Obelisk introduces Ice Blocks, Bomb Blocks and Mystery Blocks along with all the blocks from previous stages, with Monster Blocks appearing at an alarming frequency once the player has reached the middle section of the tower. Spring Blocks make rare appearances soon after that. The tower is occasionally wide enough to fill most of the screen, but Mystery Blocks limit the margin of error greatly.

Unlike previous stages, Axis Mundi features Normal Blocks and Cracked Blocks only, and introduces Black Hole Blocks as the main threat. The blocks are often arranged in highly complex patterns, making it easy to collapse most of the tower just by moving the wrong block at the wrong time. Extensive mastery of the "Edge" mechanic is a necessity. 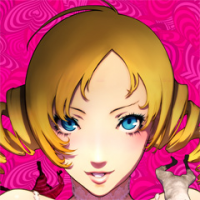 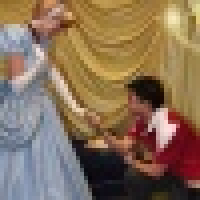