"The love triangle is now a love square!"

Catherine: Full Body is a remake/enhanced port of the 2011 Catherine video game. It was developed and published by Atlus' Studio Zero Team for PlayStation 4 and PlayStation Vita and released in Japan on February 14, 2019.

Catherine: Full Body has an online battle mode, inspired by the competitive scene overseas. Atlus states that they noticed the competitive Catherine scene, which is what lead them to developing online features for the remaster. Note that a PlayStation Plus subscription is required for online multiplayer.

In Japan, the limited edition includes a slip art box which has the ability to remove a transparent cover revealing the women in their Nero outfits, four-disc soundtrack CD, art book, Nero glasses, and special downloadable content set.

In North America, the limited edition is called "Heart's Desire Premium Edition". It comes packaged in a box resembling the stages of the game. The game case is now a steelbook and the transparent cover is removed, no longer letting their clothes to be removed. Instead of glasses, it comes with an adorable fat sheep plushie which wears Vincent's underwear. It still has the soundtrack CD, although it's one-disc only featuring the new music, as well as an art book.

Reviews of the game has been generally positive, with many reviewers mentioning Full Body adds new memorable content, as well as improved features over the original. Full Body is considered by many to be the definitive version of Catherine.

In Japan, Full Body is "Share-blocked" to prevent streaming and prevent spoilers on the Internet, with no news of a patch to remove it in the future.[4] On Day 6, a few minutes after Vincent discovers a revelation about Rin, the game stops streaming. This also applies to the Western version which is the same situation. This is reminiscent of Persona 5 which is still Share blocked for the entire game, despite that it has been out since the middle of 2017. It is unknown if a patch to remove it eventually will be released, similar to how Kingdom Hearts games on PS4 (specifically, the movies and 0.2) received a patch to enable Share functions later. Atlus' anti-streaming policy has been criticized because players still use capture cards and PS4's Remote Play, and spoilers end up online anyway.

Before the game's release, Rin's character received some in the west controversy due to the possibility that Rin's character may be handled poorly.[5] When the game was released in Japan, the Rin proved to be rather uncontroversial.

However, there was controversy due to Erica's portrayal in Catherine Alternate Ending originating on Twitter and ResetERA claiming that the game and/or its developers are transphobic because Erica has not transitioned in the alternate timeline. However, Erica's lines suggest that she could still transition. Also claimed this was the "happy" ending and Catherine rewrote history to make everyone's lives better, although this is never confirmed by the game.

Vincent's response to seeing Rin naked, has also been subject to scrutiny. Vincent's negative reaction to the reveal includes him slapping Rin's hand away, which was included in one of the promo materials for the game. This lead some people to believe that the extent of his reaction was far more severe than it actually was in game. The story afterwards is about Vincent feeling remorseful and wanting to make it up to Rin.

It is also important to note that characters like Vincent and Toby do not speak for the game's developers, and just because Vincent may express transphobia, it does not mean that the game's developers condone it. It is common for writers to disagree with the views of their characters/protagonists. However, many of the grievances towards the original version of the game can also apply to Full Body; for example, while trans people are not obligated to reveal their status to their dating partners or anyone else, Erica still does not reveal her status to Toby before they have sex, which could be perceived as Erica being inconsiderate to Toby's feelings.

Some people felt it was distasteful that Rin turns out to be an alien. Critics felt that this portrayal encourages the idea that people who have abnormal or unusual behavior are less than human. However the intent of the reveal was to give Rin an even more outlandish secret for Vincent to accept, order to reinforce the themes of accepting the person you love for the person that they are. In fact, if the player pursues Rin's route Vincent completely accepts Rin for who they are and the two travel the galaxy. 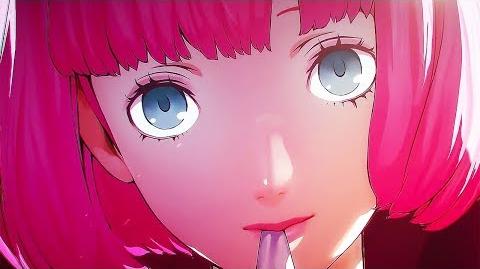 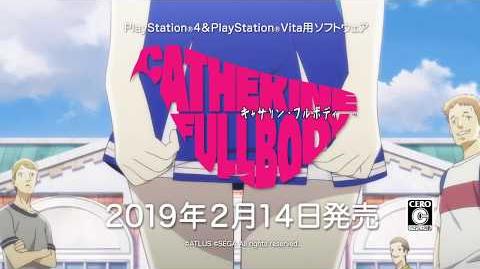 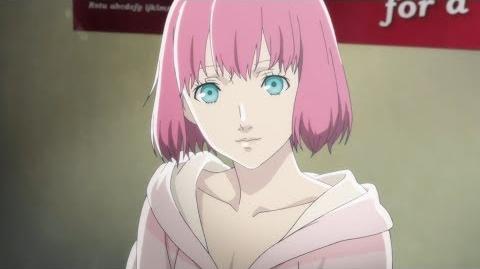 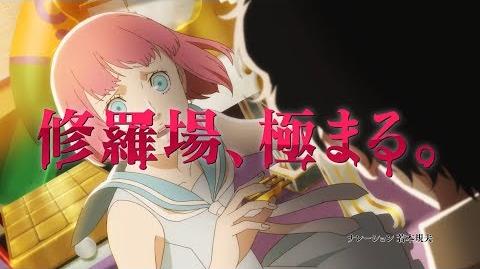 The 3 love interests on the piano menu.

Trisha with the Persona 5 cast.

Vincent and his friends in high school.

Catherine and Vincent in the Stray Sheep bathroom.

Rin at the bar.

Rin with the group.

Vincent in a nightmare.