The Child with a Chainsaw is the fifth boss. It is faced on the sixth stage, the Clock Tower.

It takes the form of the Child with disturbing modifications: a chainsaw for an arm, a pincer for the other arm, and a gatling gun in its mouth. As the level ends, its face breaks open to reveal something more machine than human, with two chainsaws in one eye socket, and a mouth with teeth in the other socket where the tube had been connected. Metal plates are visible all across its body.

Vincent walks through the door into the final stage of the Clock Tower. Unsure of where he is, a huge blur comes quickly, then a bloody chainsaw. The final nightmare of the night begins.

The Child with a Chainsaw has multiple attacks that come in phases. The constant one is its short range attack, where it stabs him with its chainsaw when Vincent gets too close killing him instantly.

Child with a Chainsaw's main ranged attack is firing its gatling gun: this causes a rain of blocks to fall from the sky, instantly killing Vincent if he stands below one. It also deposits buzzsaws on the level at the same time, which travel vertically or horizontally along the tower and will kill Vincent instantly if he touches one.

When Vincent is almost at the top of the tower, the Child with a Chainsaw will once again cut off the entire right third of the tower.

This is the second time The Child returns to Vincent's fears, though for a completely different reason. The symbolism of the baby on the outside mixed with the grotesque inhuman construction lurking underneath shows Vincent's fear that the child Katherine is carrying belongs to another man, Steve Delhomme. The weaponry hidden inside the baby signifies that even though it may appear to be his on the outside, he will always have doubts about what's underneath: his child, or the blade of betrayal. The metal tube connecting the chainsaw to the Child's eye, later revealed to be a mouth in the eye socket, also is symbolic of the umbilical cord connected to a very dangerous thing: in this case, a cheating Katherine. 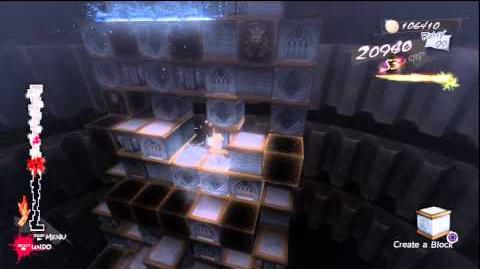 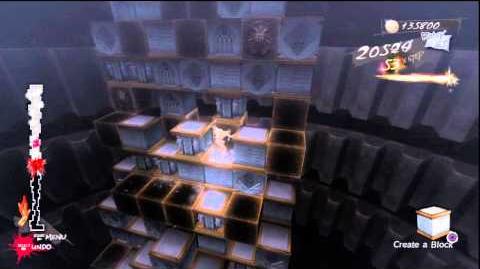 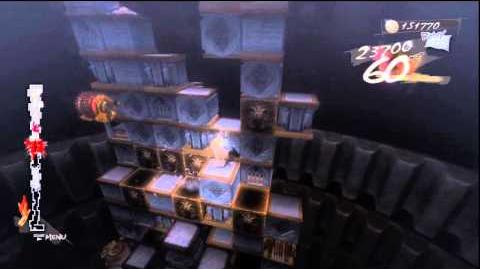 The face of the baby.

The baby in Full Body.

Concept art.
Add a photo to this gallery
Retrieved from "https://catherine.fandom.com/wiki/Child_with_a_Chainsaw?oldid=20340"
Community content is available under CC-BY-SA unless otherwise noted.