Doom's Bride is the boss of the fifth stage of Catherine, Quadrangle, and is the fourth boss of the game overall.

It takes the form of an emaciated demonic nude version of Katherine McBride, wearing a wedding veil and wielding a blood-stained knife adorned with a rose and ribbon.

Vincent walks out onto the final tower of the Quadrangle, weary and cautious. "Don't...Run..." echoes through the darkness below. He quickly figures out that it's Katherine as she appears out of the shadows, stabbing a few blocks below Vincent. With Doom's Bride making her murderous intentions known, and with it in hot pursuit of Vincent, the final battle of the 5th night begins. Vincent successfully reaches the exit door only for Doom's Bride to reach the top seconds later. Though poising to kill Vincent, the light emanating from the door obliterates Doom's Bride, leaving Vincent safe. While worried about Katherine's wellbeing, Vincent assures himself that this is only a nightmare.

The Doom's Bride has three attacks. If Vincent is too close to her while standing on the blocks highlighted in red, she will stab the block he is on with the knife. If he doesn't get to higher ground, it will kill him instantly. Otherwise, it knocks him down and stuns him briefly.

When Vincent is higher up, she causes an avalanche to fall down the tower across multiple columns of blocks. If caught in one, can keep knocking him down as it falls, eventually off the stage entirely and to his death. The Undo option is very useful if available where if the player is caught in the avalanche, they can Undo multiple times before falling off, and it usually works before Vincent falls off completely. In Catherine: Full Body, this attack is not used in Safety and Easy modes though in Normal and Hard modes where the attack is used, the player can now withstand against this attack by holding onto a block.

Once Vincent reaches the midpoint of the level, Doom's Bride summons a tornado which envelops the entire stage, which pulls random blocks on the stage and then throws them at Vincent; if he is struck by one, it is instant death. In Full Body, this attack is not used in Safety and Easy modes. When Doom's Bride uses the tornado attack, blocks that are being sucked into the tornado will wobble for a brief period; if Vincent stands on or pulls/pushes one of these blocks during this time, there is a chance that it will not be sucked into the tornado, allowing the player to "save" blocks that may be required to clear the stage with. The player should keep an eye on the blocks that turn red, as these are the ones being targeted by the floating blocks. If Vincent is hanging or standing in front of them, he will get hit and die instantly.

This is the second time a manifestation of Katherine appears in the Nightmares as one of Vincent's fears following the Fist of Grudge three nights ago. In this incarnation, the wedding veil and flowers represents the absolute certainty of marriage that Vincent is facing, now that he knows that Katherine is truly pregnant. He feels that all of his freedom has escaped, and that he has no choice but to marry the woman who is carrying his child.

Doom's Bride also seems to be aware of the fact that Vincent is cheating on Katherine with Catherine, with some of Doom Bride's lines referring to this. Thus, Doom Bride also represents Vincent's fear of Katherine discovering his cheating.

Vincent: I gotta get outta here... Or else the bride from hell... She'll pop up... right behind me!

Vincent: I knew it! 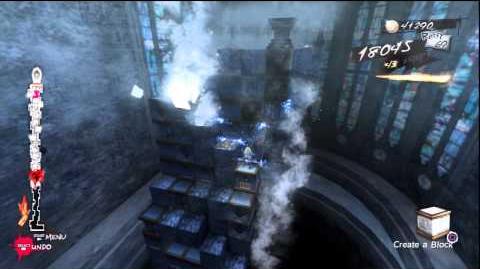 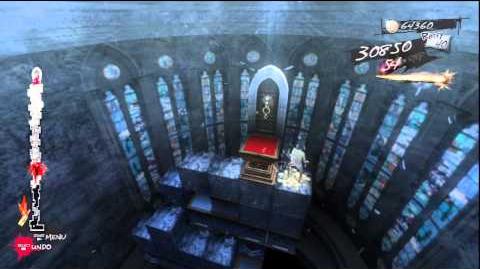 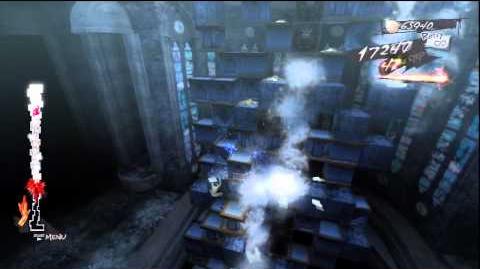 The final vow of Doom's Bride.