The Immoral Beast is the boss of the 3rd night, Torture Chamber.

It takes the form of a grotesque mishmash of four limbs and presumably buttocks conjoined together, vaguely resembling the shape of a heart. It has two legs and two arms, but moves in a crab-like position on all fours. On its back is a face: eyes, a nose and a mouth. On its front, the eyes can still be seen, but it has another larger mouth with sharp teeth and an elongated and exaggerated tongue.

In a red and gloomy area, Vincent enters the second boss battle. A roar shakes the blocks as Vincent looks down to find a tongue lashing out at him, attached to the Immoral Beast. This begins the final nightmare of the third night.

The Immoral Beast has two attacks. When it catches up to Vincent, it will fatally impale him with its tongue. When Vincent is higher up, it will eject pink hearts from its mouth, which fall down on the stage. If hit by one, the D-Pad controls become reversed for a short time. This only lasts for a few seconds, so pay attention to a heart icon above Vincent's head which indicates if he is still under the effects.

The mishmash of an overtly sexualized creature with a female face (that has Catherine's blue eyes) make it clear this boss represents the affair that Vincent commits the night before with Catherine, as well as Vincent's guilt.

As Vincents remarks about Catherine highly suggest that while Vincent may find her "cute", his attraction to Catherine supposedly controls him in a way that is only hurting them both (as Vincent is already in a relationship). However, as Vincent cannot break away from this "dream girl" that he has come across in a time where his own girlfriend is starting to drive him away, the innocent attraction he has turned into an "ugly, twisted" monster.

Though there is speculation on the meaning of this boss, it is possible it only signifies the affair itself rather than detailed sexual positions during the affair. As stated by Dumuzid later in the game, Catherine is a creature that invades men's dreams, and the fact Vincent can never remember actually having sex with Catherine puts a question on the physicalness of their relationship. As such, this is the first time Catherine has invaded Vincent's dreams.

Immoral Beast: "I can't get enough!"

Vincent: "J-Just go away, you monster!" 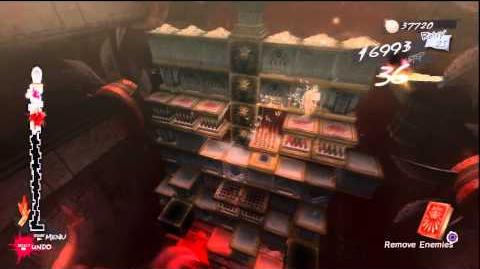 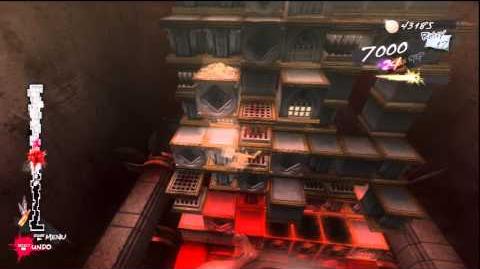 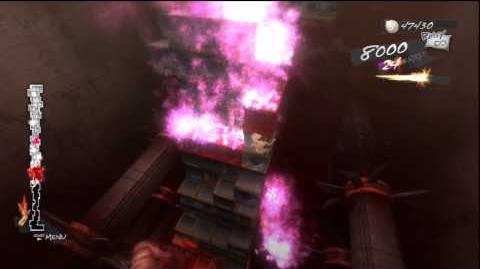 Immoral Beast at the start of the nightmare.