Menhir is the second stage of the Babel extra stages.

The second stage, Menhir, takes its name from the mysterious standing stones! Only those who stand tall against these megaliths will be victorious!

The giant walls that appear almost at random will separate the true climbers from the amateurs. Go forth, and use your expertise and intuition to forge a path!

Menhir generally consists of ~185 steps, divided into 10 Levels. Each level is ~20 steps, except Level 1 (~15 steps) and Level 10 (~10 steps). Each level has a predefined set of possible wall patterns that are randomly selected. The game will not select the same wall twice in a row.

Menhir is a narrow stage, with the widest sections being only 5 blocks wide. Menhir adds Trap blocks into the mix, and its later levels generally have diagonally slanted landings to present hard-to-deal-with situations. Consequently, this makes Geronimo and the various Fitting techniques very useful here. 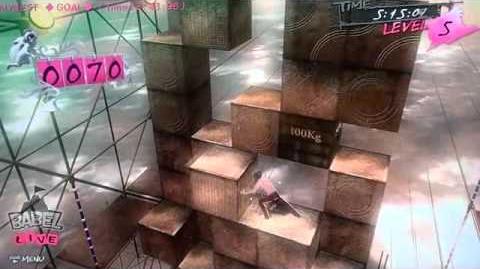 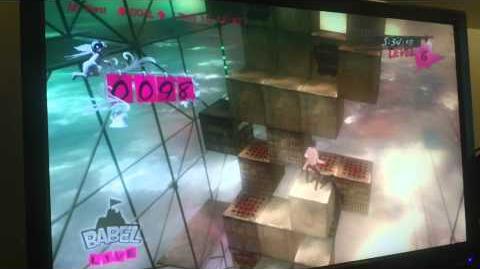