The Obelisk is the 3rd stage of Babel.

The third stage is taken from a stone pillar of Ancient Egypt, the Obelisk! Who will receive the pharoah's praise upon the capstone?

These stone shafts will make anyone who attempts to climb them lose their footing. Go forth, and use your intuition to forge a path!

Obelisk generally consists of ~240 steps, divided into 10 Levels. In pairs, it consist of ~154 steps. Obelisk adds Ice Blocks, Bomb Blocks, Monster Blocks and Mystery Blocks. Each level has a predefined set of possible wall patterns that are randomly selected. The game will not select the same wall twice in a row. The widest section is 8 blocks wide, creating the opportunities to make some steps with the Slider technique. Pay attention to Monster Blocks, with their moves, as they can create huge problems. 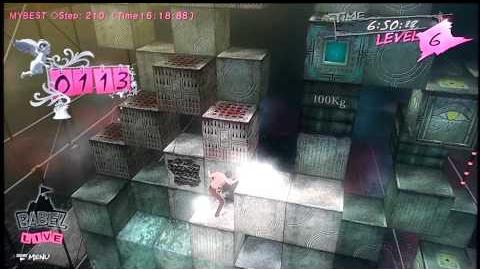