Thomas Mutton (Dumuzid), also known as Boss from the Stray Sheep, is the final boss of the game, spanning the last two stages of the Empireo.

In the first stage, he appears in his normal tuxedo, sitting in a red plush recliner held up by a director's chair crane. At the front of both armrests are two live sheep's heads, bleating helplessly. Mutton's sunglasses are off, revealing his red eyes, and he holds a revolver in one hand and a judge's gavel in the other.

In the second stage, Dumuzid appears as the disembodied floating head of Thomas Mutton. He is the color of ash, with his right eye glowing a blinding red. Hundreds of sheep are interlocked to form a growth along the left side of his face, and atop his head in the form of a crown is a throne room, with Thomas Mutton wielding a shepherd's staff sitting in the middle.

Vincent enters the nightmare once more, challenging Mutton for his one wish. Vincent stands defiant and climbs on. This is the first part of the boss battle.

In the second part, Vincent walks into the room for the last time. Mutton tells Vincent that he was just messing around, and only trying to make him more confident. The beast retreats back into the darkness, then a single red orb pierces the darkness as well as a roar from below. A deformed face emerges from the dark. This is the final boss.

Thomas Mutton has three attacks. The first is when he moves his chair to the front of the tower and slowly aims his gun across the blocks. He will lock on to Vincent and fire, potentially destroying a vital block in the process. If Vincent is struck by the bullet, he dies instantly. He does this two or three times.

The second attack is not as easy to dodge. Thomas quickly moves to the front of the stage and boot-stomps the front of the tower. If Vincent is hanging on the blocks and gets struck, he dies instantly. Otherwise, the shock knocks him over and stuns him briefly.

Mutton's final attack is when he strikes his gavel down and turns any special block into some other type of block. All of the blocks are shared so if they switch to Trap Blocks, every non-normal block up the tower will be a Trap Block until he uses his gavel again.

Dumuzid has three attacks in his second form as well. The first ability is one that he only uses when Vincent is lagging behind; it's possible to not even see it. The attack is the Dumuzid Beam, a laser that will destroy all blocks marked in red, which will be a large portion of the lower parts of the tower.

The second attack starts a little further up the tower. Dumuzid's eyes will glow purple, which indicate he is cursing Vincent. While cursed, a purple cloud appears over Vincent's head, which lasts around 5 seconds. This curse changes all special blocks (except Black Hole Blocks and Mystery Blocks) around him whenever a block is pulled (but not pushed). The special blocks change in a set pattern according to the following order:[1] Dark Block, Bomb Block (small blast radius), Cracked Block, Heavy Block, Trap Block, Ice Block, Monster Block, Spring Block, Dark Block etc. However, Monster Blocks and Trap Blocks that have been disarmed don't change, as well as activated Bomb Blocks.

Dumuzid's final attack comes a little after the second checkpoint, when he rains meteors down across the tower. Each block will glow red before it is struck, and it will mean instant death if Vincent is hit. Even if he isn't hit, the meteors will turn any block they hit into a Cracked Block. 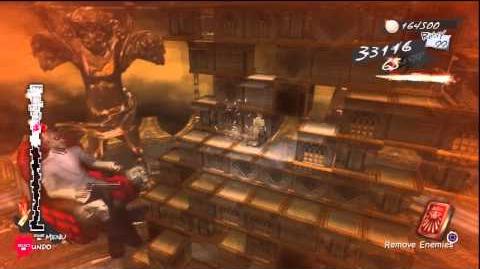 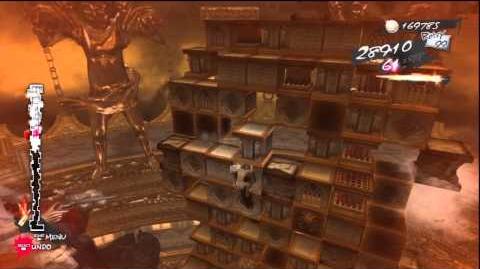 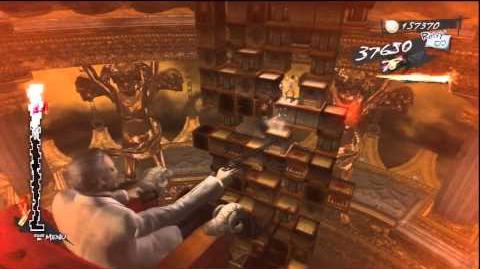 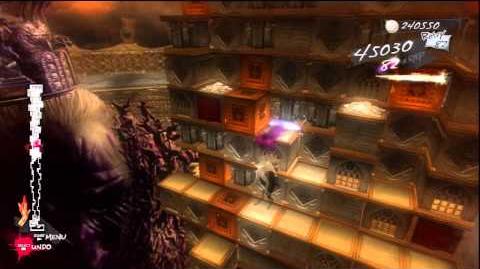 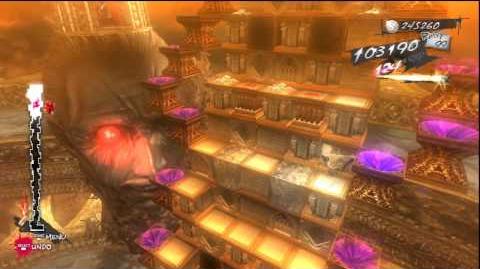 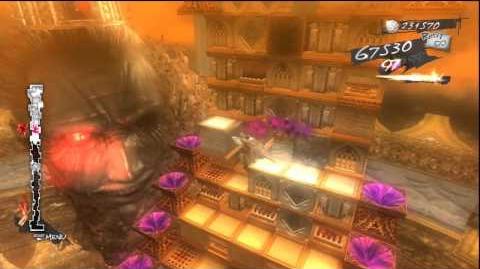 Mutton in his opening cinematic.

Dumuzid's face on the trophy/achievement picture of "True Freedom!"

Dumuzid in the novel.